Ever wonder what to do on your first trek since days of future past?
Well here are the things I have come up with to help you enjoy that day with mother earth:

Trekking here and there, you would encounter people from different walks of life. Maybe you’re in luck, you could be talking to your future better half, business partner, travel buddy or your soul mate! 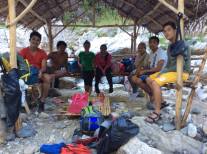 Waiting for Resbaks at Tinipak River 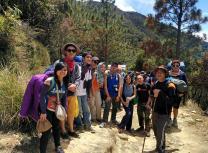 Batulao New Trail Camping Area. Father and Baby
Talking to locals also gives you insights about the place, its history and demographics. You could discover new things other trekkers have not; best spot to take pictures, hidden routes and the like

If you are living in a city like in Metro Manila, you can never have this view! Suck in nature’s finest offerings. It will give you a lot of things; different perspective in life, understand things clearly and perhaps give you a sense of satisfaction. 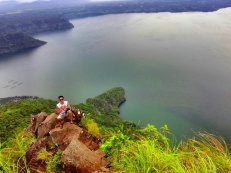 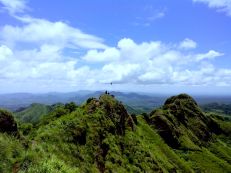 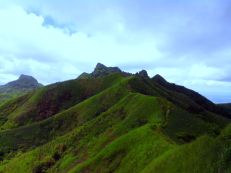 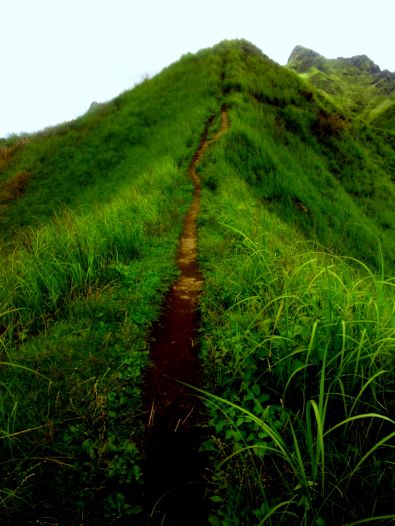 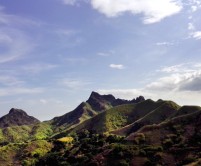 Mt. Batulao at its Finest

Sea of Clouds in Mt. Pulag Jump Off 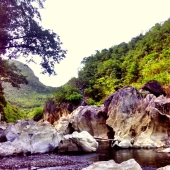 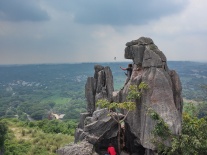 Nothing comes close to immortalizing this amazing experience with a photo! Memories are best accompanied with picturesque snapshots! So strike a pose with your travel buddies, capture each of the moments that made the trek memorable. 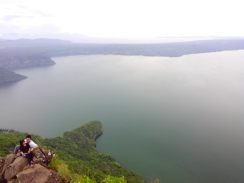 Yes! Be Green Minded! While on this journey, you should always keep what you have and leave nothing behind but Memories. Trail foods should be properly kept until you come down of the mountain. Treat nature as a sacred place, its the only thing that keeps us around and provides us with everything. 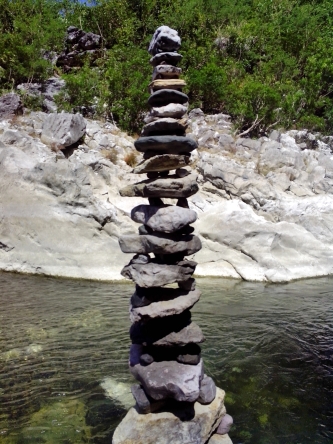 The 5th on this list is for you to discover! Every trek is different from person to person. This experience might leave you a mark. It might give you a purpose in life. Clear you mind.
If you have discovered the 5th or 6th or Nth on this list, share your thoughts! It might helps others enjoy there Trek with Nature!

If you want to hit that RESET button, there are a number of ways to effectively do that. One of them for me was Mt. Batulao!

The first time I went there last April 12, it was under siege by forest fires. Nonetheless, it was an amazing journey. Traverse the mountain from the Old Trail to the New Trail. We camped at the new campsite it the new trail. star gazed. drank our way to oblivion yet manages to cooked food for the soul.

My return to Mt. Batulao was a spontaneous decision to join my other like minded spontaneous peers. There was no plan for it, but it happened anyway. Just like love, you may not plan to fall in love, but then again, it catches you like cupid shot himself with his arrow. #parangPagibig #segway

Unlike popular beliefs, returning to a place you have visited before for me is never the SAME! The people changes, the experiences changes, the environment  changes and of course, you yourself changes.

Mt. Batulao I’ve seen this Sunday (June 23) was reaching her peak of magnificence. There are still burned areas but unnoticeable. The bald trees have now grown leaves. The grass now as tall as a man are turning its color to that perfect hue of green. All is well for Her.

Our IT for the day hike was go up the summit via the new trail then down the old one. If someone ask me right now which of the two hike patterns would I recommend(past hike vs this hike),  I would say try any of the two, and go back to do the other. There is no comparison, because its two different experiences which are unforgettable! It was challenging for us because we had no ample sleep. But with our perseverance and eagerness, we prevailed! 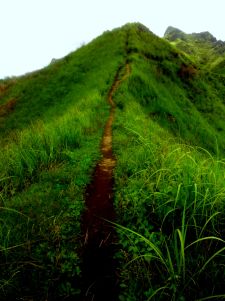 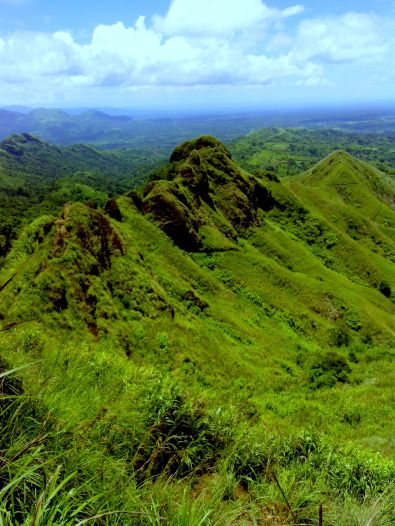 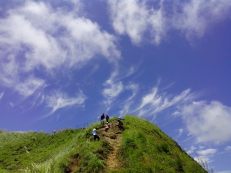 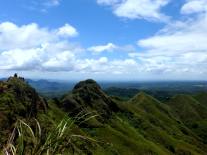 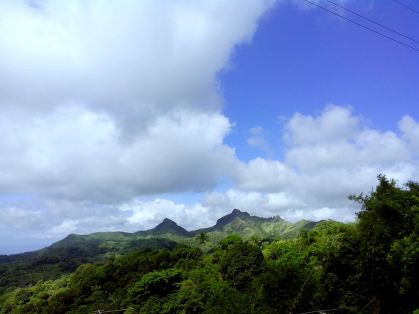 Peak 8 has the perfect backdrop to an amazing photo! While the summit holds the grandeur of seeing all the peaks plus more of the lands and mountains surrounding Batangas – Tagaytay – Laguna area. 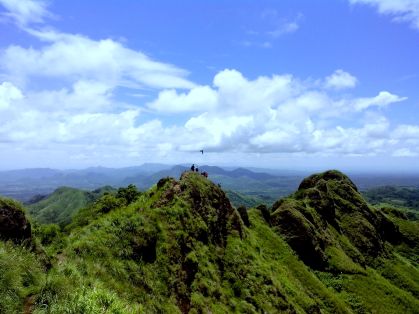 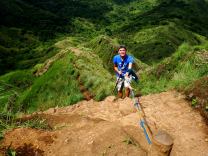 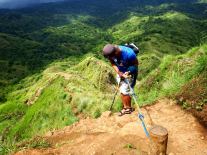 Photocredit to Jepepips for some of the photos

We were the only hikers who were at the summit when we arrived. We owned the place, took selfies, enjoyed the view, Go Pro moments, laughed, cried, reminisce and bask in the beauty of Mt. Batulao. 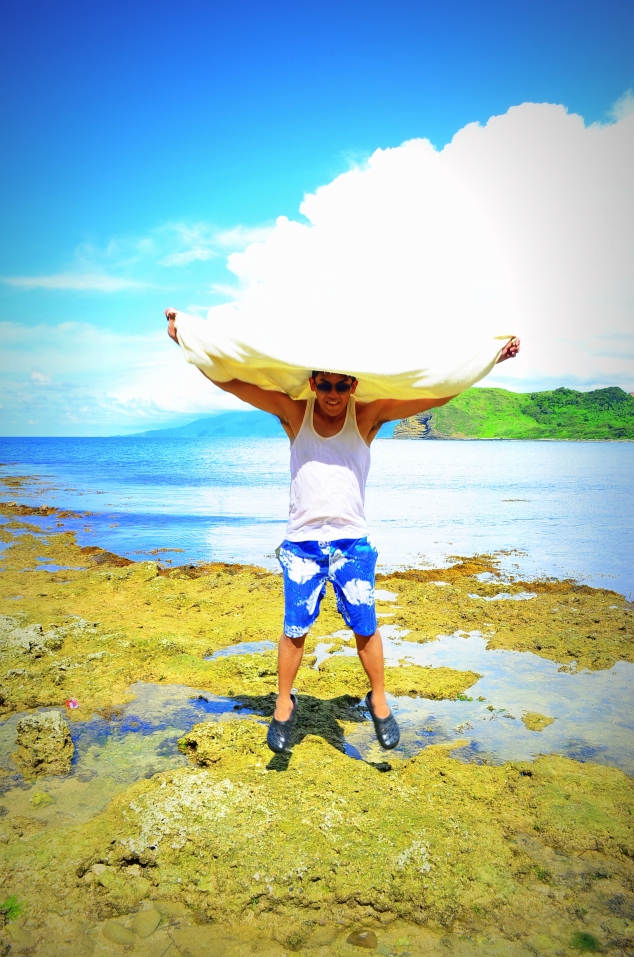 Eager to Jump for Joy!

Too many things to be happy and feel blessed this year!

Just like last year, this time of the year, sudden changes were happening!

Embracing it! and Making the most out of it!

Last year, our start up company – ehem (time to plug this 😛 ) Wait For It Photobooth Services – had the Great Ilocos Summer Adventure!

It was spontaneous, thrilling and most of all, full of Wait-for-it Moments!

We stayed at Pangil Beach Resort in Currimao, Ilocos Norte.  The place was amazing facing the Currimao Coral Rock Formations.

After almost 3-4 hrs (i forgot) of waiting since we arrived early thought we can checked in, we started ASAP our Ilocos Tour!

Back then I had two Hair tattoos, different on both sides lol \m/ 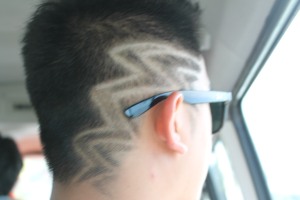 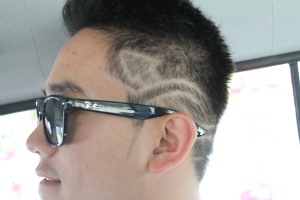 Our first stop is the Cape Bojeador Lighthouse. You can definitely see some great views atop this structure. 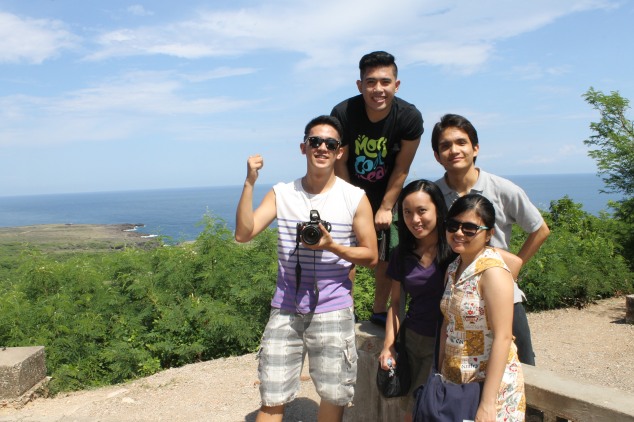 We had fun poking around the miniture replica of the lighthouse, photo ops and enjoyed the view.

Next stop, one of my favorite places, is the Kapurpurawan Rock Formations.

This was one of the highlights for me of the Summer Adventure. Ilocos Norte is indeed a traveler’s haven.

Another favorite, the Bangui Windmills. I think I have no least favorite in our Summer Adventure 2013, because all of it, until now, I can still remember the feeling, the view, and the joy when we arrived in every location.

we continued on the seat of Power of the north: Malacañang ti Amianan (Malacañang of the North). We found out the heritage of the Marcos’: their legacy, early pictures of the family,  clothing and their wealth.

This house used to be Former President Ferdinand Marcos home during his reign. It was built near the Paoay Lake thus resembling the vantage point of the Malacañang of Manila.

After this educational trip, we continued on to the Church of Saint Augustine, commonly known as the Paoay Church. Built during the baroque era, made of big slabs of stone put together to build the foundation and form of the church. It withstood hundred years (304 years to be exact) even made it in one piece during the World War II.

To cap off the Day, we enjoyed the night with Karaoke in the Pool. The infinity pool overlooking Coral Rock Formation of Currimao.